New Island in the Media 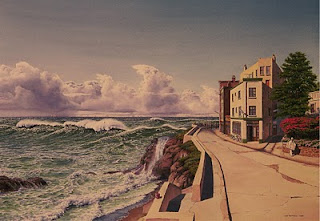 Imaginary or real? You must decide.
There are stories going around in the Real World Media about New Island and that guy responsible for it. Val Christell claims that "New Island is a New Reality" in a recent article for The Third Coast Digest.  Also, in July, Bill Glasheen produced an audio slideshow For the Appleton Post-Crescent newspaper, with the claim that it's all imaginary! In 2007 Takeuchi Makoto wrote a story titled "Three-Piece Story" that includes New Island in Episodes 7, and 8. The characters in the story are determined to get to new Island but don't quiiiiite find the Rudyard ticket office in Fremantle, Western Australia. They did get hold of some NI currency and put a one-roger coin on the title page!
Posted by Unknown at 8:36 PM 1 comment: