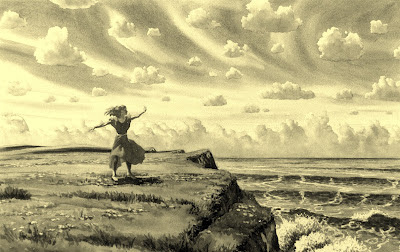 A Vacant Lot in Putney - from the Putney Times

﻿
Many Putney Times readers have been asking about Peagarden Park since our last article. Times city reporter Melvin Kox took a walk around there and filed this report. 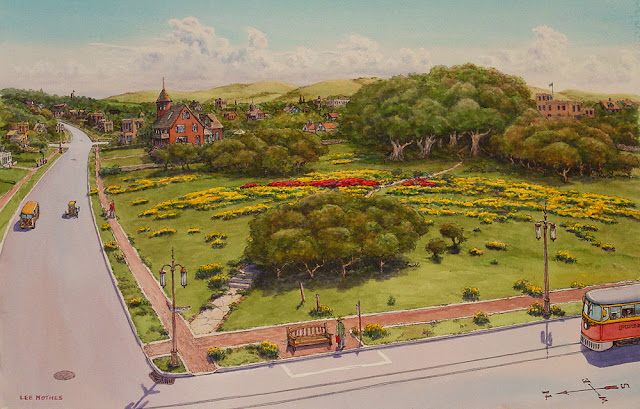 Vacant lots have stories
Have you ever walked through an old neighborhood and found a vacant lot amid elegant old, perhaps eccentric homes? A large lot with big trees in the back, and perhaps some forgotten cement work or an overgrown, weedy walkway leading to nowhere?

On the corner of Rigby and Joplin streets in Putney's Peagarden Neighborhood sits such a lot. When I walked by it the other day, I first discovered the old formal walk beginning at the street corner, proceeding up some cracked steps, then disappearing under scrub oaks. Then I heard voices and noticed about eight teenagers huddled back in the trees, having what seemed to be an intense conversation. Bees were buzzing everywhere, likely attracted to the flood of poppies and miandra blooming just now. Have you ever had miandra-blossom honey by the way? Uuuum!

I asked the lady waiting at the streetcar stop if she lived near here, and knew anything about the lot. "Well, I believe a Russian navy man named Valeri Polyakov once owned it, but he had to leave back around 1905, or 1906, one of those years. Now, I think someone has just bought it, but no one knows who...but just the other day my neighbor told me she noticed a woman walking around the property with who she thought might be Faramond the architect." Then the Seville - Library trolley showed up and she had to go. 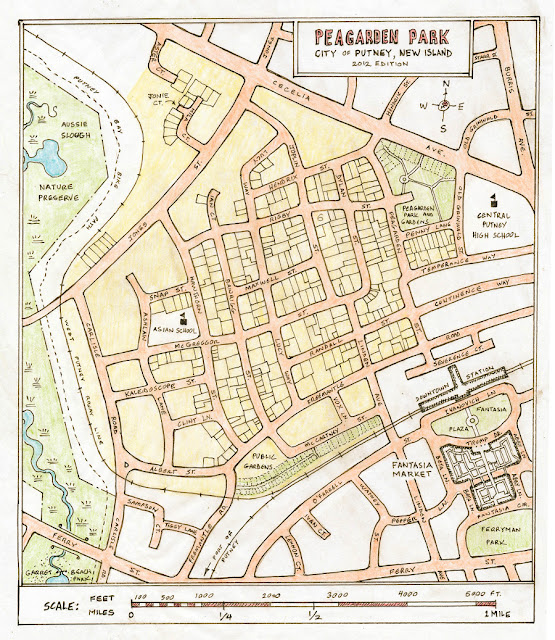 This is the Peagarden park neighborhood.
The vacant lot above has a number 6 on it.

Posted by Unknown at 9:32 AM No comments: