New Island’s climate is blessed with sea breezes and seasons similar to those of or . The land-forms are old and have weathered long enough to create sandy shorelines, varied high-country, bird-filled marshlands, and fertile hillsides and valleys.
New ers are primarily of English, Scottish and Irish origin, with some Russian and Japanese influence in the island's history. The locals have rediscovered ways of living with each other and with nature that go back thousands of years. Mostly emerging from shipwrecks, they arose to provide well for themselves with their gardens, farms and creative ventures; and they have learned to find a relaxed sense of joy. Their cities and towns provide modern amenities, including running water and electricity, but have a peculiar old-world look to them.
Everyone on the island has an equal say through local representation; regulatory government is minimal. Because of their long isolation, New Islanders have learned to protect the island’s forests, rivers, and wetlands. The island’s residents have their quirks, oddities, and unusual points-of-view; while they willingly help each other, live sustainably, and sometimes find joy.

Every place has a history, and where people are involved, some kind of a culture. New is no different. The real history of this part of the world would determine what might have occurred on an island situated here.

There could have been an arrangement, in 1820, with the Russian government and the island’s residents, to allow the island’s culture to develop on its own, and meanwhile keep the British navy, as well as other European powers, at bay.  The Russians, and later the American CIA, could have conspired to remove the island from nearly every map of the region. When the collapsed in 1991, the islanders could have negotiated their independence with a hoard of gold salvaged from a Spanish ship burned in 1830. 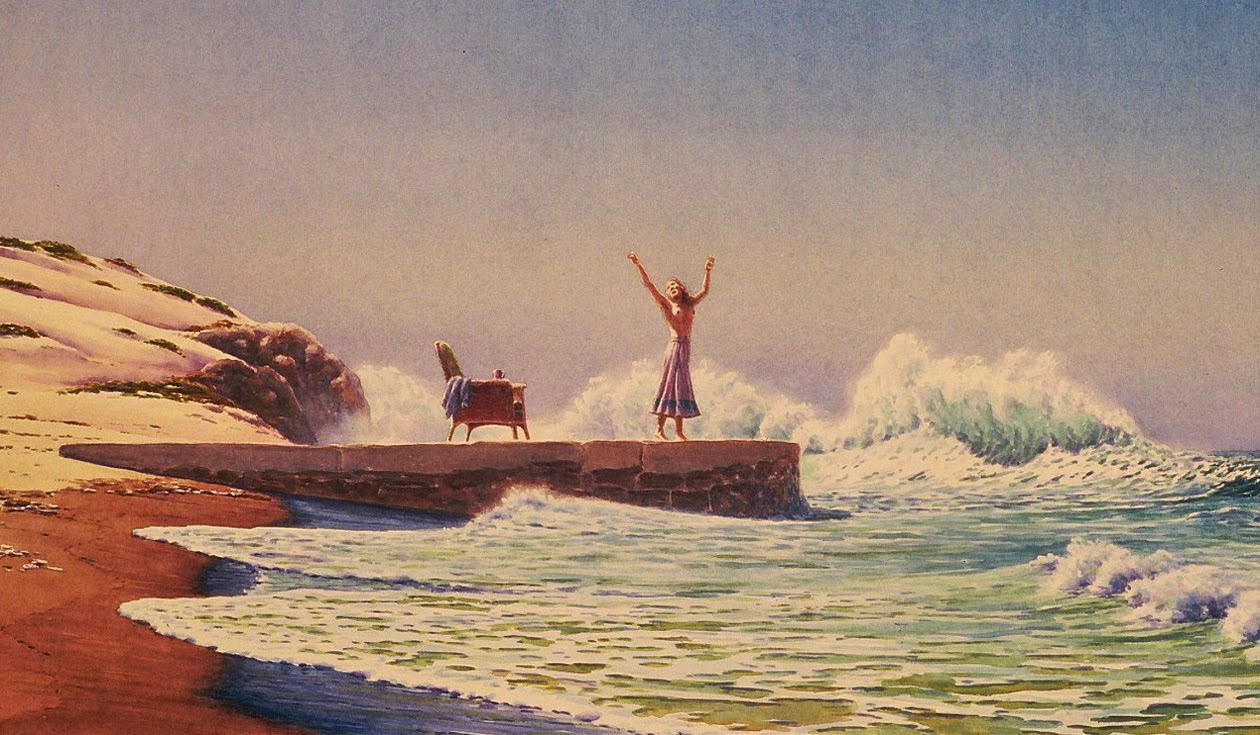