It's not the same old Putney anymore! 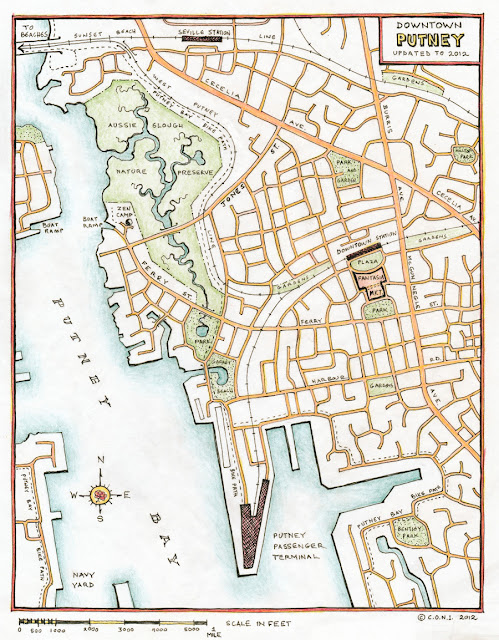 The downtown area of Putney, especially the Peagarden Park district, has seen many improvements in the last year. A new light rail line was added to make it more convenient for commuters to get to the West Putney neighborhoods from Downtown Station. More trains have been added to decrease the maximum waiting time from 30 minutes to 15.

New streets and buildable lots have also been added in the Peagarden neighborhood bordered by Jones Street, Cecelia Avenue and the railway lines. We'll have stories about what the residents are doing here, in good time.

A bike road has also been built all around Putney Bay, complete with a  ferry ride available at the mouth of the bay. Commuters love it! Also, some interesting bicyles have been seen using this new path, particularly some belonging to the dedicated surfers who travel during the wet winter months to catch the big waves off Putney Head. Our roving reporter found this home-built specimen: 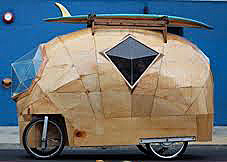 With thanks to a  creative, dedicated and very real surfer somewhere in the Sunset District of San Francisco!
Posted by Unknown at 10:28 AM