Not Much Traffic on New Island Roads 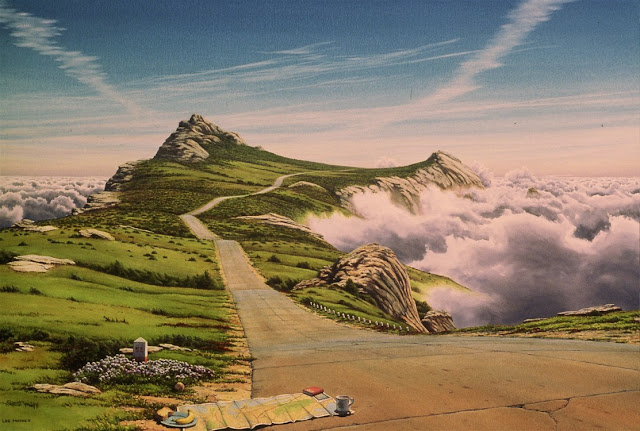 Route P-20 on its way to North Cape, in the Blue Ranges

The Russians built New Island's major roads and highways beginning in the 1900s. The Czarist government initially funded the roadbuilding for the needs of the Russian Navy, and,for a while, for land-investment oppurtunities.  The south and east parts of the island were suitable enough for railways, but narrow two-lane roads became the rule in the mountainous Highlands. For many years, Russian contractors hired Polish workers, for a year at a time, to build the roads. Roadbuilding continued as towns and settlements spread over the island; the Russians were generous since all roads were officially military roads.  Russian road building continued into the 1960s during the Cold War with the Americans.

When the island won its independence, highway traffic diminished to near nothing, since the Russians removed their own vehicles. New Islanders have since imported some cars and light trucks, but no new roads have been constructed: A. They cost too much to build and maintain. B. Roads can mess up the landscape. C. Many locals prefer to walk the Path System instead.

As a result the island is graced with narrow, winding, though mostly paved, national highways numbered 1 through 6, and several paved and unpaved county roads, all with a P, M or E before the numbers that stand for Putney, Edgarford, and Mulhenry Counties respectively. Several un-numbered public roads also lead to interesting places.

Soon we will check out some of these interesting places.