Where is This Place? 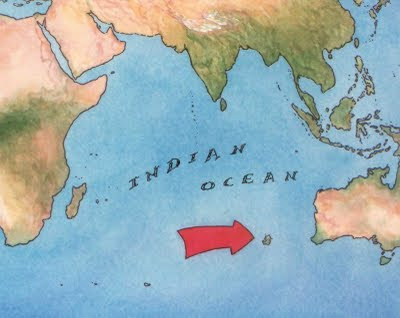 Over the years people have asked me where my paintings have come from. I used to tell them, "Partly California, some Oregon coast, maybe Ireland or South Africa..."

Well, around 1992 I decided to create an island-nation that became the source of most of these paintings. Over time, I began to relate the paintings to locations on a map, then placed the island in the southern Indain Ocean. So here is New Island's location, above.

Email ThisBlogThis!Share to TwitterShare to FacebookShare to Pinterest
Labels: Maps