5: Alan Steps into a New Plane of Existance

Alan showed his ticket to board the SS Charles Ames to the concierge at the Orient Hotel. The smart-looking young woman studied it, front and back, scratched her head, and and gave it back to Alan, saying she'd never heard of this shipping company, or, for that matter, the destination on the ticket! 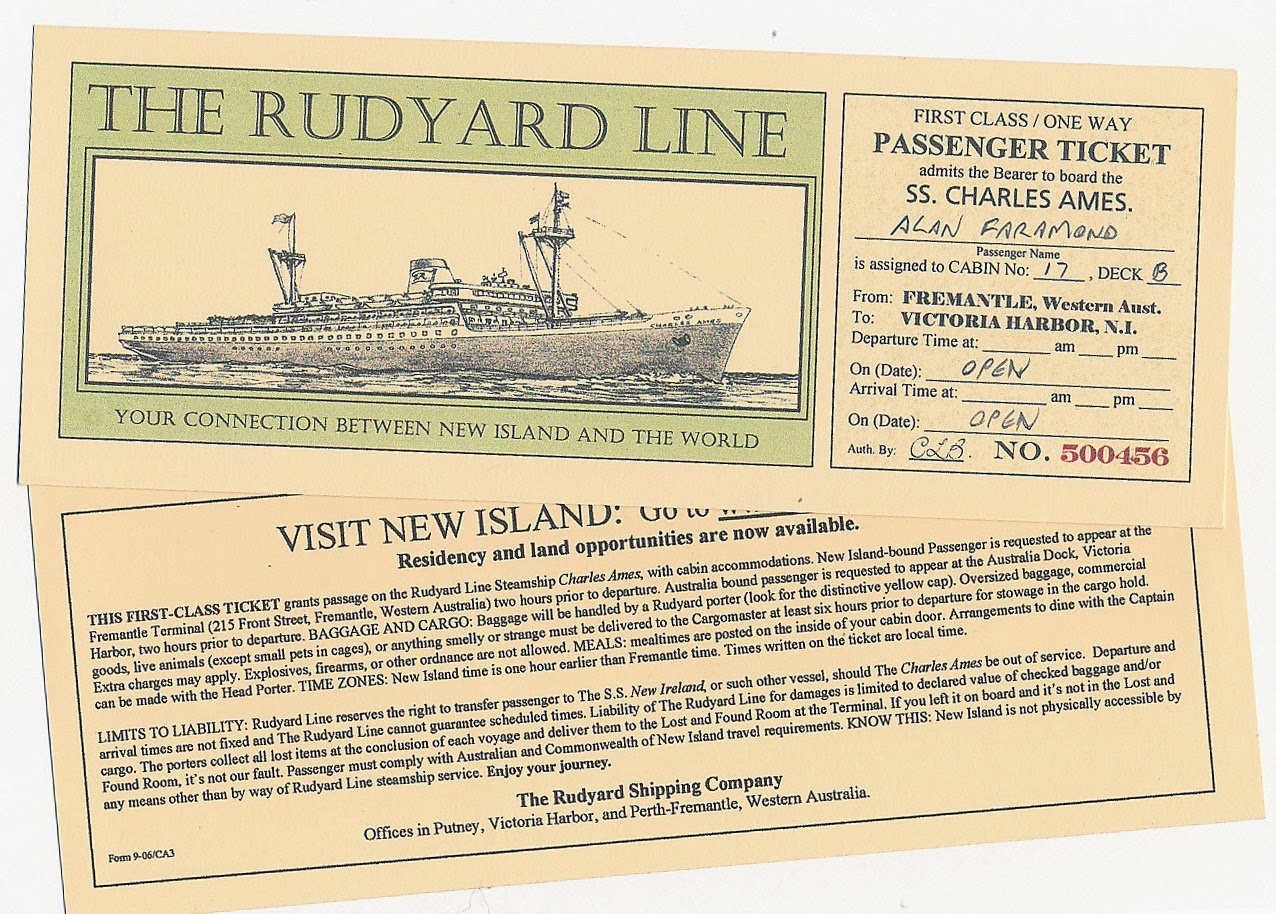 Unfortunately, there was no Fremantle street address on the back of the ticket, so Alan found a taxi out front and asked the driver to get him to the Rudyard Shipping terminal or offices or whatever... The taxi driver was Malaysian, with a thick Aussie accent, so all Alan could do was ask him to just drive around. After about ten minutes, Alan saw this little building and shouted "Stop!" 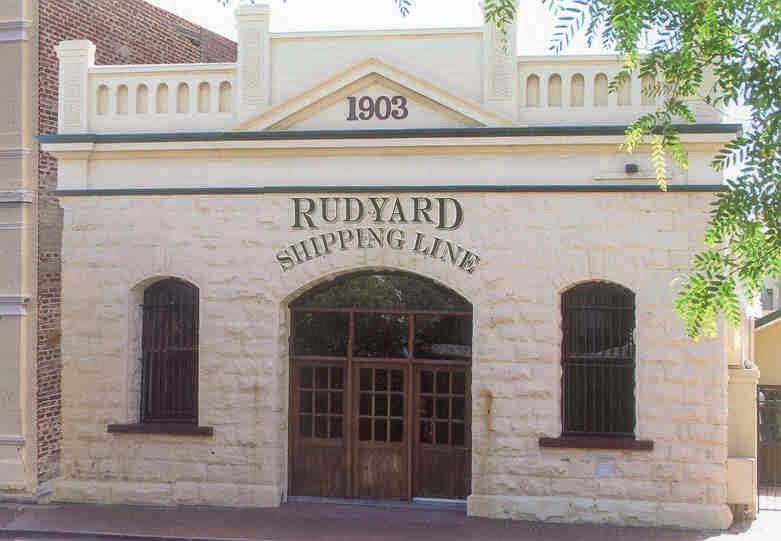 The cabbie looked around, confused, and asked, "You want off here, mate?"
"Oh, yes - this is the Rudyard Lines shipping office, see?"
"Okaaay, mon, whatever you say..." The cabbie apparently saw nothing.

Alan retrieved his bag and backpack, and the cabbie graciously accepted a hefty fare in Alan's US dollars. (He hadn't yet changed any money, and then there was the tip, but still...)  As Alan approached the heavy-looking wooden doors, he noticed the neighborhood seemed eerily quiet for the location of an international passenger terminal.

He opened the door and stepped inside.

A strange but softly pleasant buzzing sensation hit Alan when he entered the building. It pulsed all through his body, and then ebbed a bit but not completely. He sensed that  things were different here, and that he might not even be in Australia any more...

The interior was dim, dusty and very quiet. There were a few faded "Visit New Island" posters on the walls, a row of lovely old waiting-room chairs, some vending machines next to a pay phone, and a long wooden check-in counter. He showed his ticket to an older lady who came to the counter.  She stamped it, and asked, "Any Baggage?" and Alan showed his one bag, and pointed to his backpack. "Change your currency?" Oh yes, Alan thought, and pulled out his wallet, and traded his 1100 US dollars for about 49 rogers. She didn't even ask to see his passport.

Then she looked at him closely - seemed to study his face, making Alan instantly nervous. He fought his usual impulse to look away whenever he was scrutinized like this, but a tiny voice within said hold your ground.  Then her eyes softened and she almost smiled, as if he passed some kind of test. "OK, follow me"(she wasn't a chatty sort). They went out the back of the building and she mounted a pedicab with two back seats. She told Alan to toss his bags in the back and then climb aboard, and she proceeded to pedal them to "D" Shed in Fremantle's inner harbor, about four blocks away.

And there was the Charles Ames, an older-looking passenger-freighter, all white with only a few rust stains, its forward crane still taking on cargo. Alan, amazed at the strength in her legs, tipped the lady. She smiled broadly this time, gave him a hug (which surprised him) and then said into his ear "Glad you made it!"  Alan, flustered but happy in a strange way, whispered back, "Thanks", and walked up the gangway.

He found the bursar and showed him his ticket. The boat was to leave in about two hours. "Wow, how easy was that," Alan thought. He was on his way.