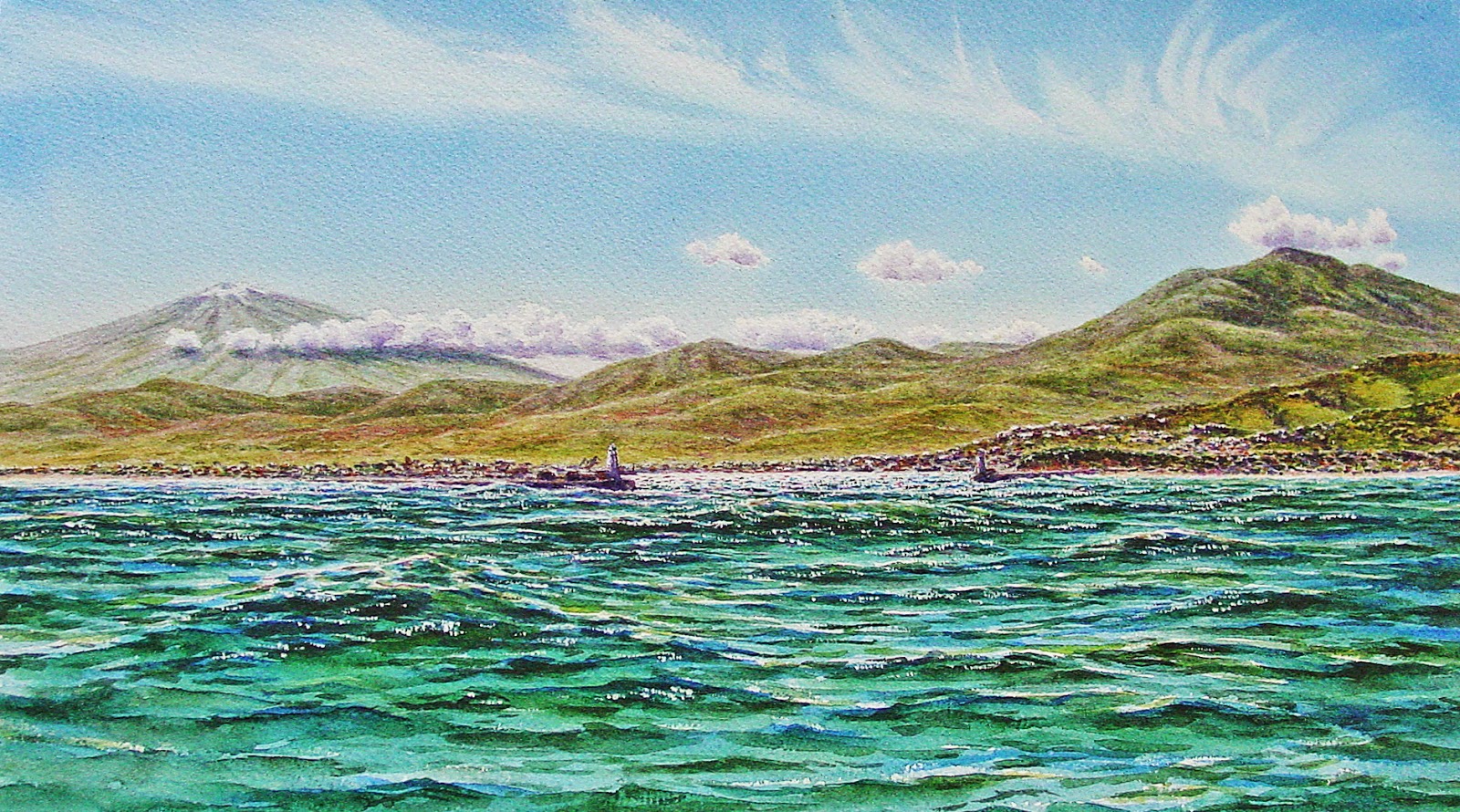 
After another evening of dancing (for a while) and reading in his bunk, Alan rested well aboard the ship. The rolling of the swells helped lull him to sleep, and he began to feel a connection with the rolling of the ocean under the ship, something very comforting.

The next morning, he walked around the decks hoping to run into Carla, but she was not to be found. He did spot land off to the west, however. "This must be the New Island coast", he thought. "Wow, a whole new place."

Alan realized that he was actually seeing something new with nothing to guide him - no Google maps, Vimeo pictures, Lonely Planet Guides, pages about the details on Facebook, or anyone telling him about all the must-see places the author had already been to!  He had wondered at this at first, but Alan felt he wouldn't question things here too closely, such as why Google Earth, and his old atlas, only presented open ocean where this place should be. He had his ticket, and a real letter of intent offering him a job that seemed ideal...wander around and sketch the scenery, how cool is that?

At almost noon, the Charles Ames pulled up to the Australia Dock in Victoria Harbor. Alan saw that this was not nearly as big a city as he imagined; no high-rise buildings, no big resorts on the beach, just small houses and some larger buildings visible along the waterfront and on the lower hills to the, um, east. The surrounding hills were an astonishing green, and looked completely uninhabited. And was that snow on the tall mountain? Cool!
Posted by Unknown at 7:49 AM